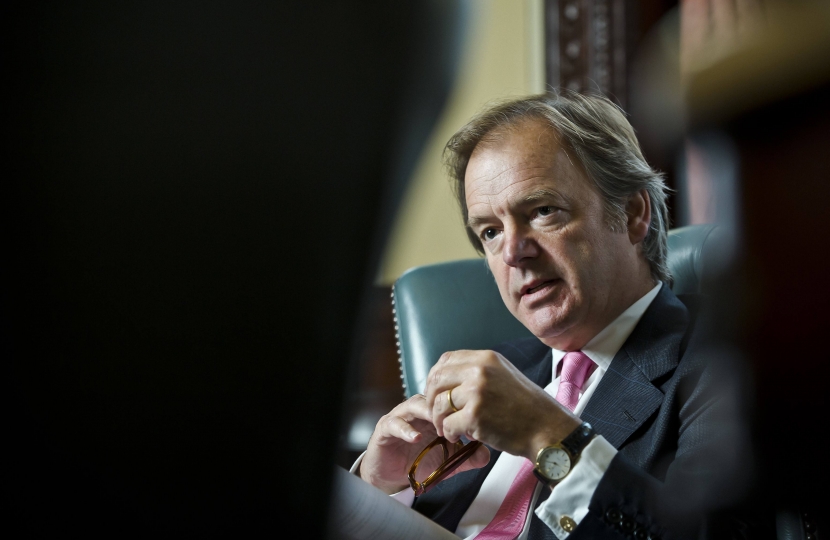 East Devon’s MP, Sir Hugo Swire, has welcomed the announcement that inpatient beds in Sidmouth and Exmouth threatened with closure will be retained.

Last year the NEW Devon CCG announced plans to close inpatient beds across East Devon. A consultation followed, with the CCG recommending that beds should be retained in Tiverton, Exmouth and Seaton.

However, today the CCG has announced that beds at Tiverton, Exmouth and Sidmouth hospitals will instead remain.

Sir Hugo has lobbied both the Government and the CCG, arguing that, in the absence of a complete moratorium on hospital bed closures, there was a ‘good case’ for keeping the beds at both hospitals.

The MP responded comprehensively to the CCG’s consultation and held a 90 minute debate in Parliament on healthcare in Devon back in October.

‘I have left the Government and NEW Devon CCG in no doubt of my position on this whole consultation. I have emphasised my belief that there should be a moratorium on hospital bed closures until social care provision is improved, which is something that I am actively campaigning for.

‘However, I have also been clear that, in the absence of this moratorium, inpatient beds should be retained at both Sidmouth and Exmouth hospitals. I have not been afraid to fight for these hospitals in my representations to the CCG and government ministers.

‘Exmouth is the second biggest town in Devon with a thriving tourist industry. Sidmouth on the other hand has an older demographic; 24% of the town is populated by people over the age of 75, which is three times higher than the national figure of 8%. The case for retaining beds in both towns was a compelling one.

‘At the beginning of this process the CCG’s preferred outcome would have seen the beds lost at Sidmouth Victoria Hospital but retained at Tiverton, Seaton and Exmouth hospitals. The fact that the CCG’s recommendation has changed shows that they are in listening mode.

‘I pay tribute to all those residents and local councillors in Sidmouth and Exmouth for making the case for their local hospitals. I especially congratulate the Sidmouth Victoria Hospital Comforts Fund who have fought particularly hard for their wonderful hospital. The hard work has paid off’.