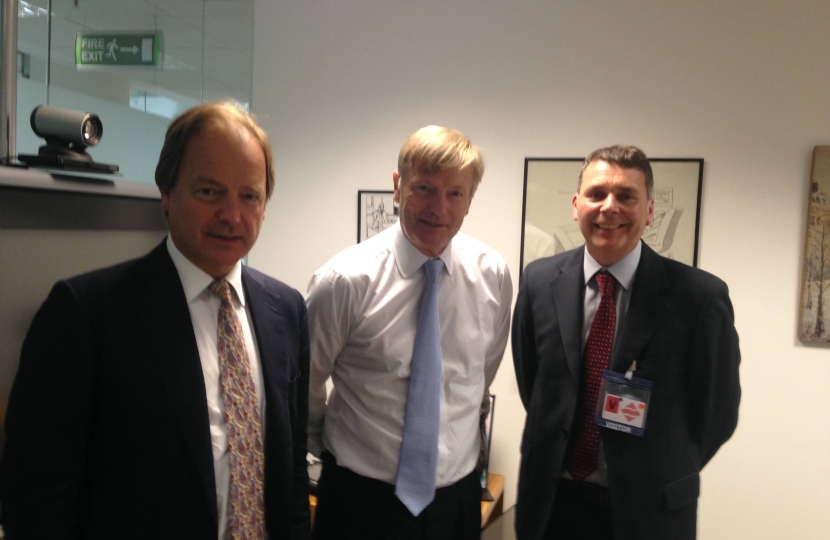 Concerns surrounding flooding and Tipton St John Primary School were taken to the top this week as local MP Hugo Swire and Richard Power, Property Surveyor for the Church of England, met with the Parliamentary Under Secretary of State for Schools, Lord Nash.

Tipton St John experienced flooding in 2009, 2012 and 2014 and questions have been raised subsequently about the safety of the pupils at the primary school if the village were to flood again.

Plans had been drawn up to move the school to a single, safer site however the application for a grant from the Priority School Building Programme 2 (PSBP2) was unsuccessful.

‘Very real concerns have been raised over the safety of the pupils at the school so it is essential that we find a solution to this problem. I am supportive of the proposal to move the school to a safer part of the village but securing the significant amount of funding required will always be a challenge.

‘I wanted to take this issue to ministerial level and impress upon Lord Nash the importance and urgency of this situation. I was very pleased that the Minister said he would look again at the school’s original PSBP2 application and send an official from the Department for Education to Tipton St John so that they can see for themselves the perilous situation in which the school finds itself in.

‘This is promising news but we still have a long way to go before finding a long-term solution to this problem’.