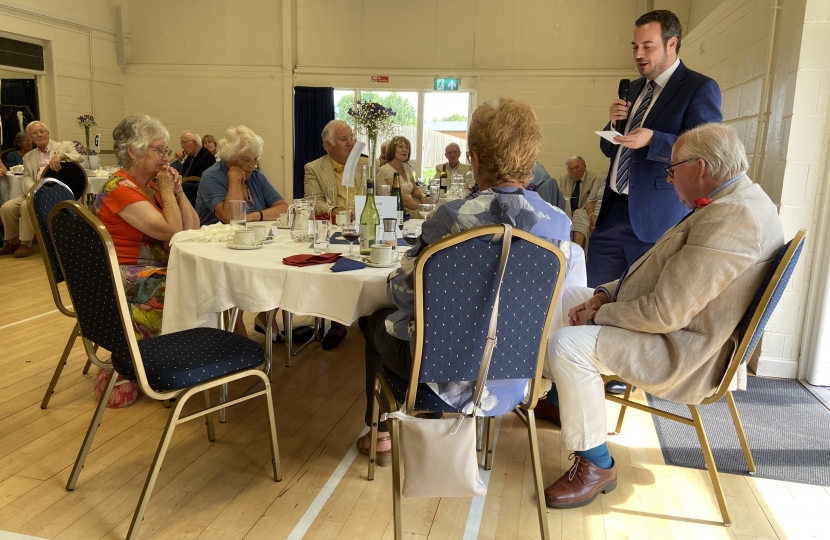 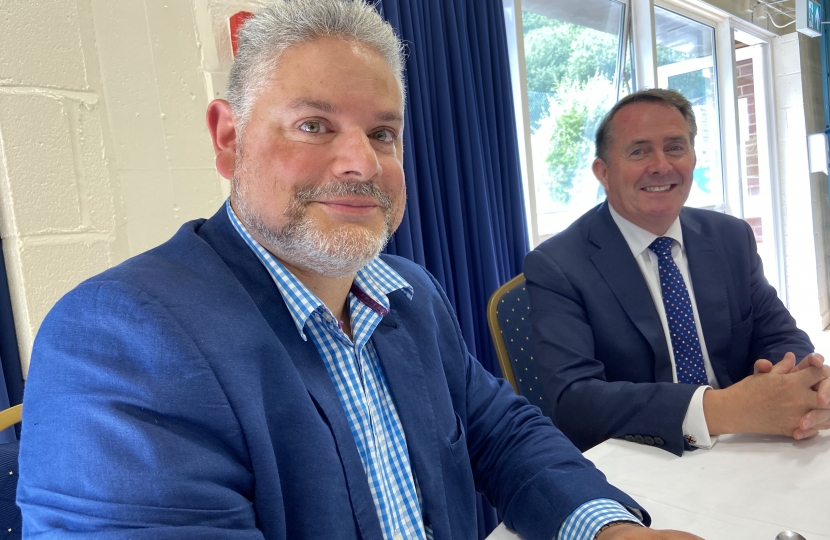 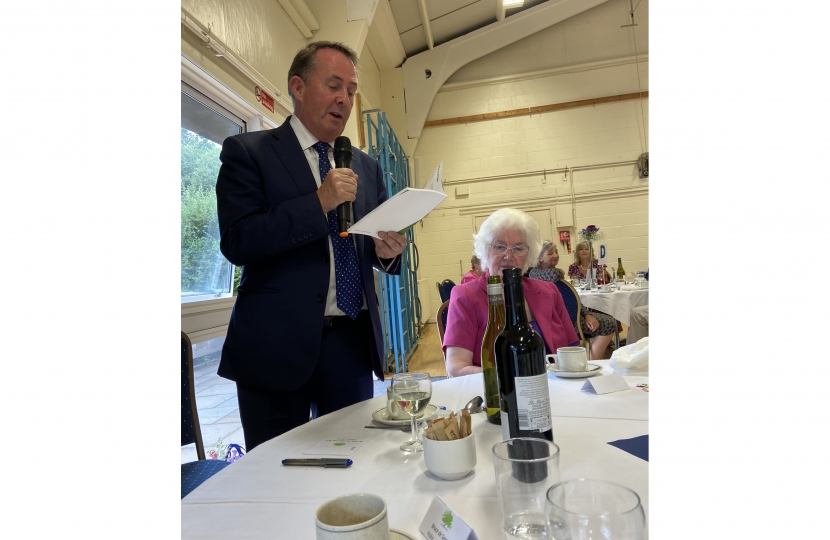 On Saturday July 24th, 2021 the Association held a Celebratory lunch at West Hill organised by the West Hill Branch and attended by 80 people from across the wide geographic Constituency.  Preparation was made more complicated by the necessary Covid protocols which meant that maximum numbers attending set at 80, maximum of 8 per table, no mingling, bring own drinks, and purchase clusters of 5 Raffle tickets for £5 per cluster laid out on a table for individual collection and payment.

The caterers provided table service with cutlery etc. laid out beforehand, and water was collected individually from a separate table.

The Speaker was Dr L:am Fox who has held many posts in Government, including Secretary of State for Defence and Secretary of State for International Affairs. he was also President of the Board of Trade.   In September 2015 he launched his book ‘Rising Tide facing the Challenge of a New era’.   This warned that many world institutions are ill equipped to tackle economic growth and security threats in the 21st Century.

The event was also attended by Simon Jupp MP who  spoke about the local East Devon issues and his current enormous in-tray of concerns.

Also in attendance also was the Chairman of the West Dorset Conservative Association, Victoria Stoqueler,  who received an award from Dr Liam Fox for her outstanding contribution in the recent Elections “Collect Calling Campaign” where she made the most calls in the UK.

The West Hill Branch is planning Harvest Supper  event on the 15th October and the final one for 2021, a Curry Lunch on November 20th. 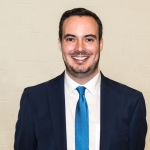 Member of Parliament for East Devon

Salmon Supper in the Peter Hall

The Budleigh and District Branch held a Salmon Supper in the Peter Hall and Mark McGlade gave a talk on his work helping infirm local people.  A good time was had by all and a decent sum raised for the Constituency.