Bruce de Saram is a District Councillor for the Exmouth Littleham Ward and Constituency Chairman.

Bruce began his journey with the Conservative Party whilst an undergraduate at the University of Buckingham when in 1984 he became the secretary of the newly formed Conservative Group with special responsibility for organising speakers. After University Bruce joined the YC’s and in 1989 became Vice chairman of the Chelsea YC’s which at that time was the largest YC Branch in Greater London.

In 1996 Bruce was elected Chairman of the Bow Group Agriculture Standing Committee which had many lively debates on the agricultural situation Britain faced at that time. In 1990 Bruce moved to Southwark joining Southwark and Bermondsey Conservatives subsequently being elected to their Executive.

In 2002 Bruce moved to Sydenham and found that the area was a Labour stronghold when in 2006 he stood for election in Sydenham Ward, a difficult seat and he was not elected, but gained 647 votes with a 27.99% turnout and was elected to the Executive as its Deputy Chairman Political.

Then in 2010 Bruce left London with his family to come to East Devon for new opportunities and stood for the Exmouth Town Council in 2015, but again he was not elected. Finally in 2016 in two by-elections held in April and July Bruce was successfully elected as a Town and District Councillor representing Littleham Ward which he currently represents. Bruce works as a Private Sector Landlord a role which he has done for many years

Salmon Supper in the Peter Hall

The Budleigh and District Branch held a Salmon Supper in the Peter Hall and Mark McGlade gave a talk on his work helping infirm local people.  A good time was had by all and a decent sum raised for the Constituency. 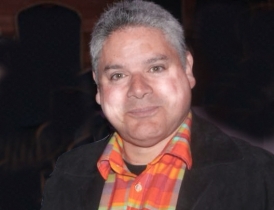