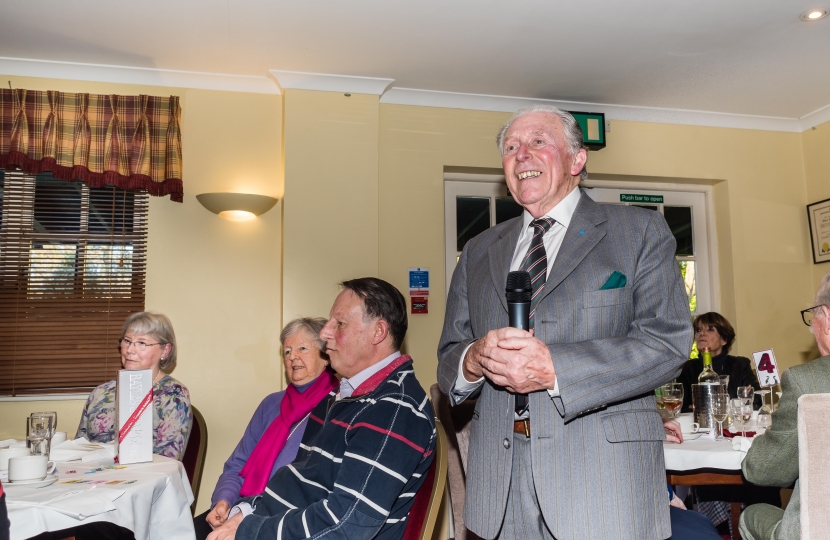 Everyone has been essentially “hanging on” until the end of March when permitted social activity starts the long process of reverting to normal. It is affecting national politics as well. Our MP, Simon Jupp, has already remarked that debates in the virtually empty House of Commons lack impact. Speakers are not expecting to change opinion rather they are just reinforcing their cause. In other words it is currently a space to make announcements and not (as it should be) an effective debating chamber.

Meanwhile back in West Hill our AGM on 19th February inevitably reflected this lack of atmosphere but nevertheless was well supported raising £400 with four raffle prizes. The comprehensive Chairman’s Report was shown on the EDCA website and includes (modestly) mention of this Committee being nominated as the most active Branch in the SW Area during 2020.  Colin Veale’s Treasurer’s report provided the background to the Branch being able to forward £2750 to EDCA while Ian Heard now settled in to the role of CPF representative summarized the six discussions held during the year. Chairman David Kohler, the Secretary, Treasurer and the five members remaining members were re-elected. Tony Bushell kindly agreed to continue as Branch auditor while Tricia Heard and Rob George who stepped down during the year were then elected as “Friends of the Committee”.  They had been valuable contributors who, having left, expressed a wish to help again should the occasion arise.   As expected, the highlight was Simon who gave a useful overview and answered questions on his main concerns for social issues and the economy of East Devon.

The main news is the coming DCC and PCC elections on 6th May. With Covid in mind postal voting will be encouraged, however applications for registration to EDDC must be by telephone and may take more than 2 weeks for verification. In other words best apply fairly soon if you want a PV. In spite of the likely medical restrictions there may be some limited door knocking by volunteers as well as the distribution of leaflets. Additionally some literature will be posted on a selective scale.  Charlie Hobson will be the Conservative candidate for Ottery Rural while we will also be supporting Alison Hernandez in her campaign for re-election as Police and Crime Commissioner. Alison has had a busy five years (extended by one year because of Covid) and is thought by many to have been most effective in her support of the Devon and Cornwall Police Force and related social issues.

One benefit of the increasing use of Zoom has been the virtual conferences organised by our South West Area and CCHQ itself. For example, Amanda Milling (Deputy Party Chairman) and Jacob Rees-Mogg MP have both been amongst those several Party VIPs holding virtual conferences or speaking engagements. There was also a post Budget discussion with Rishi Sunak and William Hague which, among other things, helped to put the current plans into some historical perspective. These programmes bring top level political discussion into our homes, with the opportunity for the brave to ask questions.

A Branch meeting was held recently when we made plans for our substitute traditional St George’s Day (Dinner) celebrations on 23rd April. Neil Parish has again kindly agreed to be our (highly popular) Speaker which of course will now be the whole event. Watch out for our circular due shortly.  We also gave thought to further events this summer and autumn and are now planning to start with a celebratory lunch and get together at the end of July.

Best wishes to you all for the spring and summer, from your West Hill Branch.

On the Campaign Trail